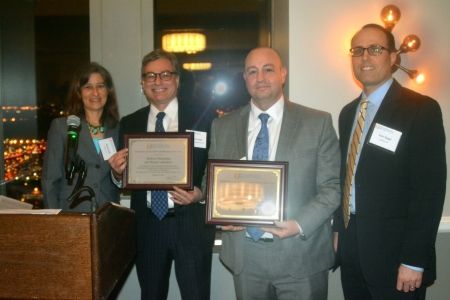 *This post was first published in 2015 and is continuously updated.

In September of 2015, the American Trade Association for Cannabis and Hemp (ATACH) made an announcement concerning their efforts to persuade the legislature in Pennsylvania to update the law to provide new legal protections for lawyers in the Keystone State working with the cannabis industry. The push came as the General Assembly is considering the legalization of medical marijuana, and it has the support of Andrew Sacks of Sacks Weston LLC, the only lawyer whom ATACH has selected to serve on the group’s State Level Coalition.

Sacks was quoted in the organization’s press release, saying that “lawyers representing cannabis businesses must be able to do so without fear of running afoul of the law or losing their license by representing members of the industry.” With success, ATACH’s – which was recently reformed into the Pennsylvania Cannabis Coalition (PCC) – effort to include legal protections for marijuana lawyers would open the door for members of the bar to counsel individuals and businesses in relation to Pennsylvania marijuana laws, such as with respect to operating a dispensary for medical marijuana. Without this protection, attorneys would tend to shy away from providing counsel or representation to businesses in the medical cannabis industry out of concerns for their professional reputation and license.

Support of the former-ATACH’s legislative efforts is not the only example of the work that Sacks has been doing to assist with the legalization of medical marijuana in Pennsylvania. In no chronological order:

With the passage of the marijuana act, PCC will be the go-to legal source for any and all businesses working in the cannabis industry in Pennsylvania. As the only attorney listed as a member of the former-ATACH and a keynote member of PCC and other associations, Sacks is positioned as a leading legal authority in the field of marijuana law in Pennsylvania, a role he has earned through his ongoing research, lobbying, and advocacy in the field since 2013.